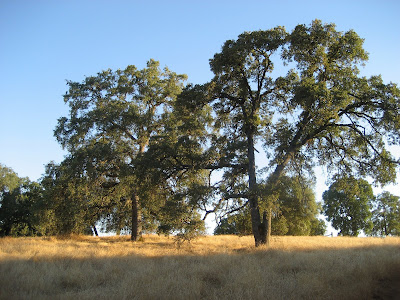 The Auburn Trails 50K, with it’s somewhat misleading title, was held last week in Cool, California. As with a handful of other ultra races in the area, it began and ended at the Cool fire station. When I first signed up for the race, I was envisioning the shady river canyons that I always run in Auburn. I guess I ignored the part on the website that said “Olmstead Loop.”

Nonetheless, it was a pleasant race, and many of the usual suspects were present. It felt like a small turn out, but while on the course, I rarely found myself running alone.

I began with a very comfortable pace. The air was still pleasantly cool at the 7:00 am start, and I carried only one bottle. I didn’t know anything about how many aid stations there were, or how far apart they were. I just ran.

After we were about 1/3 of the way through, we began a steep climb. I felt great, and when I realized I was passing people, I decided maybe I should continue this trend and run a little faster. At this point, I think I switched from “running” to “racing.”

It occurred to me that 50K would be over with fairly quickly, and the earlier I finished, the less heat I would have to endure. With these thoughts, I sailed on across the dry golden grasses and past massive spreading oaks.

The aid stations were well stocked, but I noticed that I was less interested in eating than usual. I stuck mostly to GU’s and a few potatoes, washed down with ice water.

By the time I was on the last lap of the OImstead Loop, the day had warmed considerably. I was beginning to wish that I’d stashed a second water bottle, since clearly just one would be stretching it between aid stations at this point. It was too late now though, and I just tried to drink as much as possible at the aid stations before heading out. I was almost done, and knew I would just have to tough it out.

When I crossed the line I felt good about my race. My time of 5:37 was nothing special (some runners said the course was long, but who knows) but, as I said to my husband later, I was on the tail end of the fast people’s lunch. In other words, folks like Bev and Alan Abbs, Ray Sanchez, and Peter Lubbers were still at the finish area eating their home cooked lunch. (Grilled burgers and Linda’s potato salad!) Frequently these folks are long gone before I get to the finish line, so it felt like a bit of a treat to hang out with them.

Although it was warmer than I would have liked, it was ultimately a beautiful day, and my coolest (no pun intended!) race of the year. Thanks as always, to Robert, Linda, Norm, Helen and the rest of the volunteers. Another great race!
Posted by Gretchen at 6/14/2008 12:06:00 AM