As the air cools and days shorten here in the Sierra, it’s the perfect season for trail running. The leaves are just starting to turn, some clouds dot the sky for the first time in months creating patterns of light and shadow across the landscape, and the crowds have all gone back to San Francisco for the season. Ah, yes. Perfect for running.
Unfortunately, I’m still not running. Not really, anyway.
I had many a philosophical discussion with fellow runners regarding post-race depression after my 100. I understand it. It’s not so much physical recovery that I needed as mental recovery. (Still need maybe.) It's still a little depressing though. And at this point, we can also add into the mix the fact that I am just plain out of shape. I did a ten miler last week, and it was brutal!
For the last five weeks I kept thinking I would be inspired to start running again. My plan had been to take some time off after TRT and then start running in August to train for the HK50 in November.
I certainly had no shortage of sources for inspiration. Donald ran his first 100 miler. Claire did her first Ironman. Peter Lubbers ran the entire 168 mile Tahoe rim Trail. I even got to pace Peter for 20 miles, which is still the only long run I’ve done since the 100. I think having first hand knowledge of what running 100 miles was like, made Peter’s run that much more impressive to me. When I joined him at 7 am on Sunday morning, he had already spent his second night without sleep, and was moving along well at mile 110. I was more than inspired; I was in awe. (Especially when, after topping out on Relay Peak at mile 126, Peter took the downhill at a pace I had to push myself to match!) 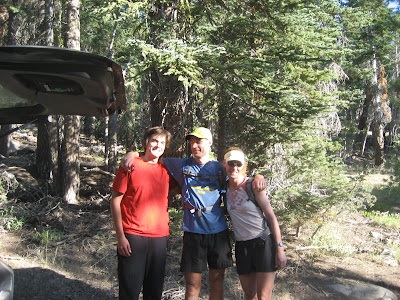 Rory, Peter and me 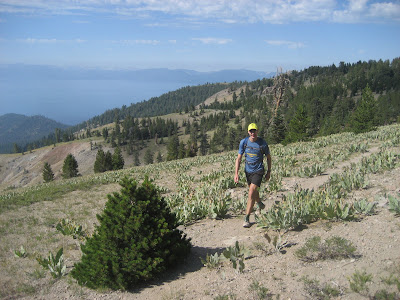 Peter moves at a steady pace through the Mt. Rose Wilderness 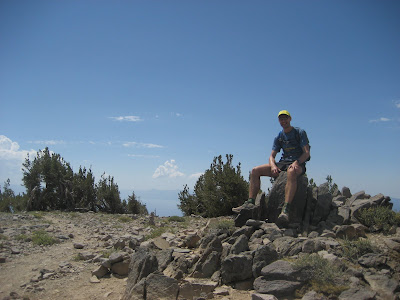 Peter at the summit of Relay peak, the highest point on the TRT

Further inspiration could be found with the events of the Beijing Olympics, but with no TV, I witnessed exactly zero track and field events. More recently, Truckee local Betsy Nye won the Wasatch Front 100.

Clearly it’s not inspiration I am lacking. Just motivation.

On the other hand, I have had more time for other things in my life. I visited family in southern California, where I withered in the warm coastal humidity, went to a baseball game (Go Angles!) and enjoyed some play time with my nephews. Andrew and I spent a weekend in Pt. Reyes surfing, kayaking, playing with the dogs on the beach, and stuffing ourselves with oysters. I even found time for a little climbing on Donner Summit, which was one of the reasons we moved to Truckee in the first place. 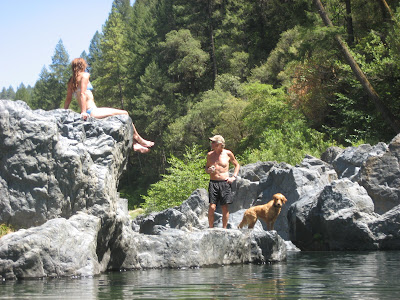 Swimming at the Yuba River 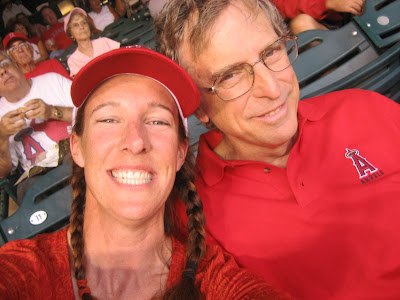 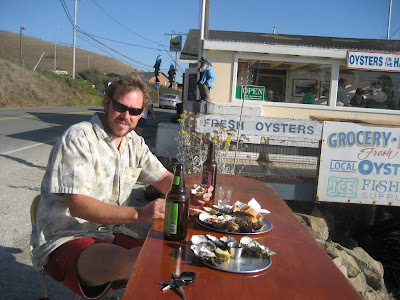 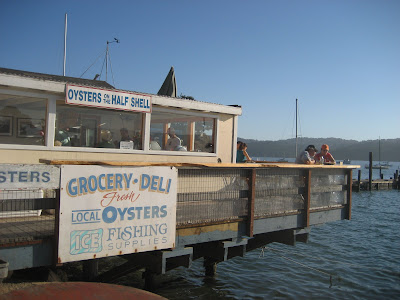 I downgraded my racing schedule from the Lake Tahoe Marathon and the HK50, to the Kokanee Half Marathon and the Fall Colors Trail Half Marathon. I figured these would be some fun, but not-too-hard fall events, and they would also complete the Trail Half-Marathon Series, that I had begun in the spring. When I realized that I would be in San Francisco for a music festival on the same weekend as the Kokanee race, I again lost motivation.

In the end, it seems it actually is the change in the weather that has me itching to hit the trails again. Of course, I haven’t actually done it yet. Perhaps, like that first cold of the season, the urge will just be a lingering annoyance before it eventually passes.

Last night however, I did run into a colorful local runner at a bar on Donner Summit. Stay tuned next week for my exclusive interview with Reno renegade Lynyrd Skynrod. (It may not be motivational, but it will certainly inspire something!)