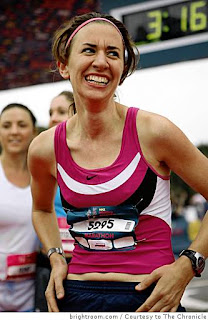 In its odd attempt to award two winners, Nike still looks like the corporate bad guy, and USATF looks like the road racing bureaucracy that it really is.
Posted by Gretchen at 10/24/2008 12:09:00 PM