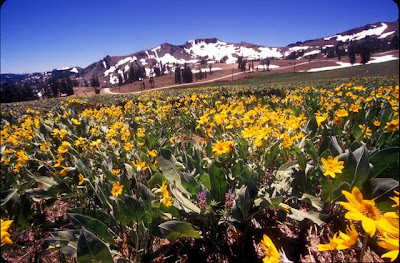 The first day of August this summer marked a traditional running event here in Tahoe: The Squaw Valley Mountain Run. Runners begin at 6,200’ at the base of the mountain, and climb 2,000’ over the 3.6 mile course to finish at High Camp. I had never participated before, having always been out of shape, or out of town, or maybe just out of sorts. But this year, it finally sounded like the perfect way to begin a long run in the backcountry.

I found my friend Betsy in among the 500 or so starters, and we stood comfortably back from the starting line. I didn’t know what to expect of myself from a 3.6 mile race. It just seemed so…what’s the word I’m looking for here? Short.

We headed off up the hill, and I quickly settled into what seemed like a sustainable pace. I’m so used to walking the uphills in a race; it seemed weird to plan on running the entire distance.

I spotted Caitlin Smith leading the women’s race, but there were so many people between us at that point, that I had no way of judging what place I was in.

The course heads up a ski run called The Mountain Run. (I know. Weird, right?) It’s the exact same course I ran this winter at the Billy Dutton Uphill, except without all that cold, white stuff. More famously, it also shares its first three miles with the Western States course. It’s the easiest ski down from the top, and in the summer it’s a maintenance road. It doesn’t feel like the most scenic route for a run, considering the possibilities in this setting, but with so many runners out there it was a good thing we didn’t have to crowd onto a singletrack trail.

I could see two women not far ahead, and I had a vague inclination to try catching them over the next two miles. I worked my way up slowly through the crowd, but somehow neither of the women seemed to get any closer.

Before long, I hit the three mile mark and could see the finish at High Camp. I had been playing leap frog with a local woman named Julie, and I figured if I couldn’t catch the two women who still seemed so tangibly close, I could at least make sure I finished in front of Julie. I was happy to see that I crossed the line in just under 40 minutes. 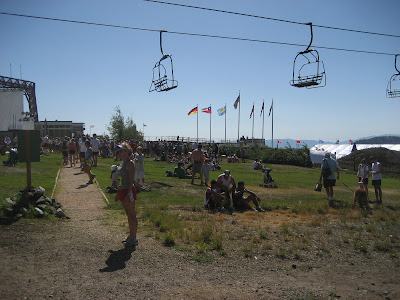 “That was hard!” Betsy declared.

No one agreed. (This, from a woman whose favorite races are Hardrock and Wasatch!)

I had a chance to briefly meet women’s winner Caitlin Smith. Not surprisingly, she is as kind and friendly as she is talented. I was surprised to learn that I had finished 4th among women. Races this short are not exactly my specialty, but I had forgotten one other important aspect of the SVMR: It’s all uphill, and I am definitely a hill climber. I’m thinking I may have to seek out more of these one-way, uphill races in the future.

I had planned on finishing the day off with a longish run. I figured since I was already most of the way up to the crest, I may as well reap the benefits of all the hard work. I tried to rally some companions but couldn’t get any takers. Betsy and Paul were running repeats up the Mountain Run, which sounded decidedly “yuck!” to me. (I guess those kinds of workouts are what separate the truly hardcore from the rest of us.) The other ultrarunners in the crowd had work or family obligations. Everyone else didn’t even bother with a verbal response to my suggestion of another 17 miles; they just rolled their eyes with that familiar look that clearly says, “You’re crazy.”

I wasn’t disappointed though. It had been a long time since I’d spent a day on the trails by myself. I strapped on my hydration pack, and set off on the Western States trail with no real plan for the rest of the day. 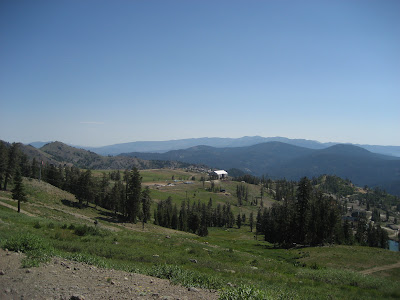 Looking down on High Camp from the top

If I’d been thinking ahead, I realized that I could run north on the PCT, drop off Anderson Ridge at Tinkers Knob, run down through Coldstream Canyon, and get to within a mile of my own front door on dirt trail. Unfortunately, my car would still be parked at Squaw. I could have easily carpooled to the race with people from my own neighborhood, but I hadn’t even thought about it. Next year! 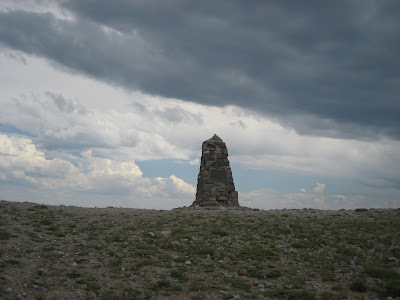 Marking the summit of Emigrant Pass, the Watson Monument was built in 1931. 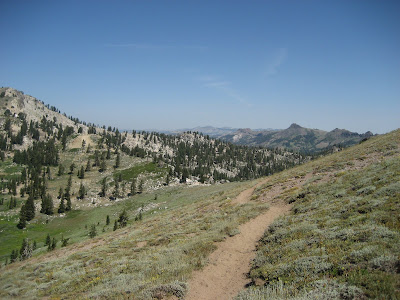 Down the Western States Trail 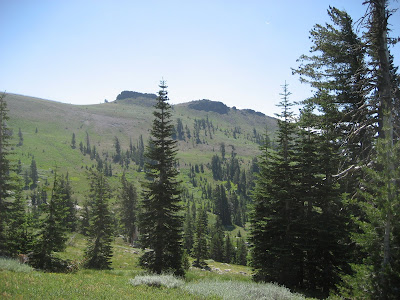 After a couple miles, I hit the junction with the PCT. I considered continuing down the WS trail, but the PCT is always so alluring to me. We have a long and storied history together, and when I’m on it, I somehow feel connected to every thru-hiker strung out along its 2,600 mile expanse. I couldn’t resist its siren song, and I quickly hung a left and high-tailed it towards Mexico. 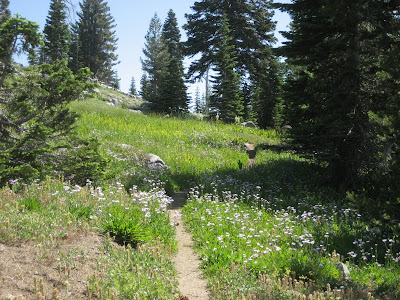 Wildflowers along the PCT 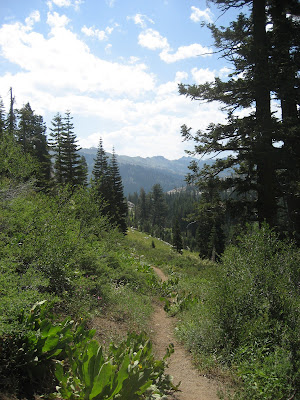 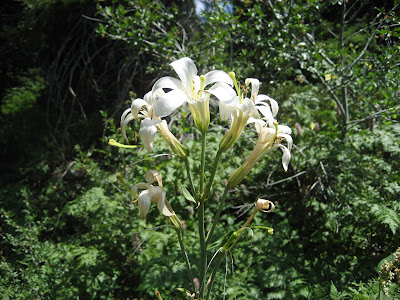 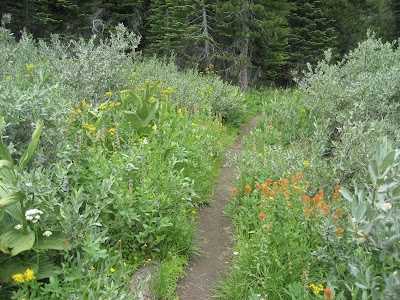 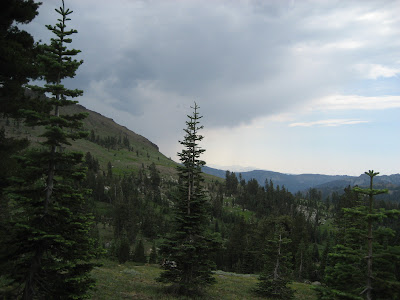 It was a beautiful run, in spite of the heat. The flowers were still in full swing on that side of the ridge. Eventually the thunderheads rolled in to cool things off and create beautiful shadows across the landscape. After enough relaxing miles to make it 20 for the day, I turned around and headed back to the mountain. 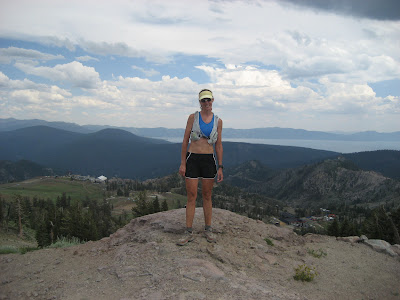