The Squaw Valley Mountain Run is a Tahoe tradition. Starting a the base of the ski resort in Squaw Valley, it climbs 3.6 miles to a finish line at High Camp. This, the event's 33rd running, had all the elements of a classic summer day in the mountains.

First, in case you aren't sure what Squaw Valley is all about, there are plenty of reminders: 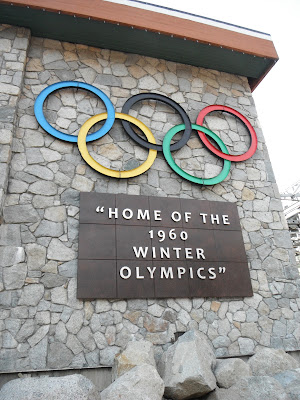 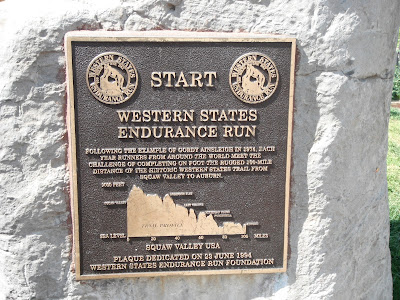 But you don't have to be an Olympian or an ultrarunner to participate in the Mountain Run. Among the nearly six hundred participants you'll find serious athletes as well as families planning to hike the course. 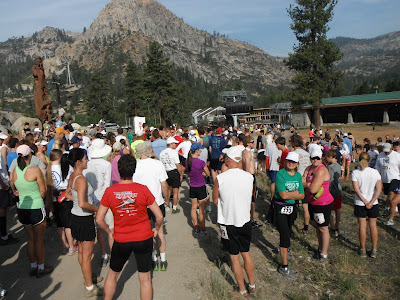 Of course, in these parts, Olympians and ultrarunners are likely present as well. Here's Joe, just two weeks after an awesome finish at the Tahoe Rim Trail 100: 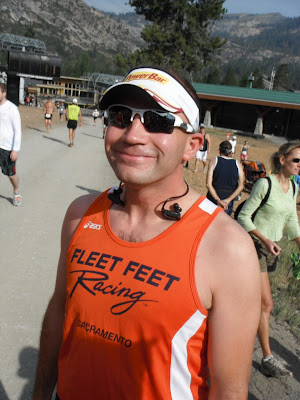 The hardest part about this course is that I forget how hard it is. 3.6 miles doesn't sound very far, but after about 20 minutes, running uphill starts to get pretty painful. I'm an ultrarunner - I'm used to hiking the uphills! 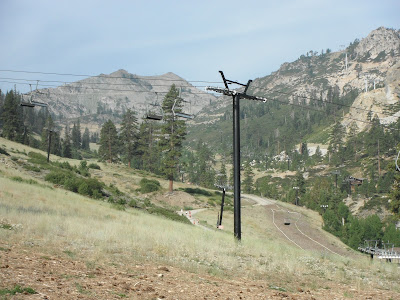 I'd been running in second since about a half mile into the race, and the first place woman was slowly inching away from me. I'd been biding my time, hoping she would come back to me, but not long after the two mile mark, I realized it was not to be.

I was ready to slow down and settle for second when I turned a switchback and took the opportunity to see what was going on below. Dang! There was a pack of about four women right behind me. Slowing down would mean settling for more like sixth. Okay, fine. No slowing down. 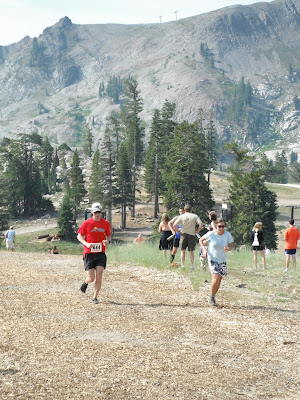 The final uphill push seems to get even steeper, but it's pretty awesome to reach your finish line at the top of a mountain. 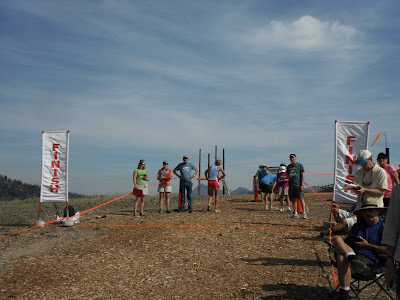 Volunteers hand you an official SVMR pint glass and usher you toward the keg. It's not a bad idea to take a diversion past the food and water table first, but that's up to you.

The rest of the morning can be spent hanging out with friends, eating, drinking, listening to music, and cheering for runners still streaming across the line. 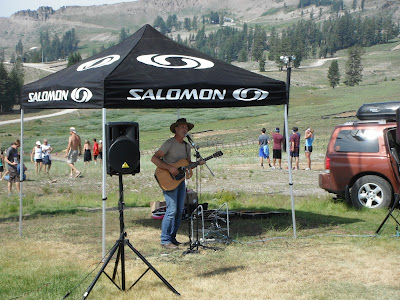 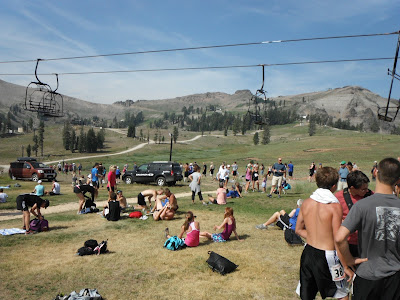 If beer before 10:00 A.M. isn't your thing, you can also take the opportunity to lengthen your run by heading out on the PCT or Western States trails. Angela, Brittney and I skipped the tram ride down and took a mellow warm-down by running the course in reverse - much easier in that direction! 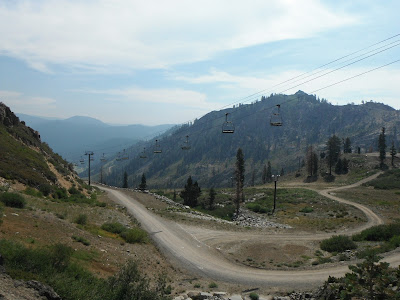 If you're ever in northern California on the first Saturday in August, I recommend not missing the Squaw Valley Mountain Run!