A few weeks ago I had the unusual experience of finishing a 20 mile run with the exclamation, “Wow, I feel like I could do that all over again.” I don’t know about you, but that never happens to me. Really. Well, not on a 20 miler anyway. It led me to wonder, what makes a run one of those truly great runs. Some runs are just blah, some runs truly suck, and so many runs just are. My runs are a part of my daily routine (usually) and are so common that I rarely stop to think about how I felt about the experience. Occasionally I finish with a groan, grateful that it’s over. Frequently when I’m done with my run, my thoughts are already on to the things I need to do next: stretch, shower, get ready for work. But sometimes, and the frequency of these occurrences varies like the trail conditions, I finish a run feeling amazing. I smile, I feel like I just started getting warmed up, and I’m filled with energy for the rest of the day. Sometimes it is a 5 mile road run in the rain, and sometimes a 20 mile trail run. What are those elements that come together, causing you to look back on the run and smile?

Last week for example, I had a great run on Friday. It was my standard run on the road from my house, along Donner Lake, to Shoreline Park and back. What was so great about it? Hell, I don’t know. I just know that I ran hard, and at the end of it I felt so good that I briefly considered continuing the run, making my 6 miles into 8 or 10. I quickly returned from this state of delirium when I recalled that the following day I was supposed to run 22. But the fact remained that it was a run that left me with a contented smile, feeling stronger than when I had begun.

When I feel great physically after a run I know it has a lot to do with how hard I ran, how rested I was for the run, and what kind of shape I’m in. Maybe it means I was in great shape and well rested. I also recall however a few runs that followed several months where my butt was glued to the sofa. During those runs I shuffled along, barely able to get my 3 miles in. I was not fast or in shape. I was, however, doing that which my body had missed. In spite of the pain, my slow, out of shape self will always recognize the activity for which it was meant. Thus, a slow painful run can still be a great one.

I consulted Charlie to get an opinion on what makes a truly great run. Now, when I talk about Charlie you should know a few things. First of all Charlie is a girl. (Duh.) Second, Charlie is the best running partner a person could hope to have. I should know, since I’ve been searching for another running partner ever since we moved and our running partnership came to an end, about 10 years ago. As usual, Charlie cleared the fog on the question with a seemingly obvious answer. “I consider my greatest runs to be simply the ones I remember the most.” 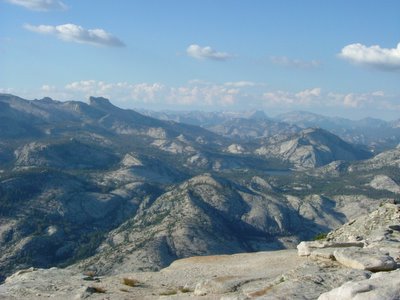 
I love this answer. I love it because it makes perfect sense, and because it seems obvious that in order for anything to be considered “great” it needs to withstand the test of time. Even though I felt great at the end of that 6 mile Donner Lake run, I probably won’t remember it in another week or two. On the other hand I am unlikely to forget that 20 miler any time soon. Not just because of how good I felt physically, but also because of the amazing new (to me) trails I explored in Auburn State Recreation Area, because of the people I met and ran with, because of the crazy creek crossings, and because I spent about 2 miles picking my way carefully through the mud in a vain attempt to keep my feet dry. Charlie mentioned several runs that I have to admit were particularly memorable. On one 20 mile run in Montana, while training for our first marathon, we saw a man walking a mountain lion on a leash. (Subsequent discussions of the run have led us to question whether it was merely a hallucination caused by running too far. But how often do people have the same hallucination? Besides, we were only at mile 5 when the lion appeared.) She also brought to light a particularly grueling 14 miler where we ran in the staggering heat of an inland SoCal summer with no water. I didn’t know anything about dehydration and electrolyte replacement back then. It has never taken me so long to recover from a 14 miler. So could that run really be considered great? Well, I certainly won’t forget it, and because I smile and laugh when I think about it, I would say yes, it was great.

Other great runs that Charlie has had include the first 20 miler she ran all alone, and a run with her husband where they saw 3 eagles. I remember almost every step of my first ultra, a 50K trail race on the Tahoe Rim Trail. I remember a 12 mile run up highway 40 to Donner Summit in a snowstorm, feeling like a complete bad ass for running uphill through the ever deepening snow.

As wide ranging as they are, these runs have a lot in common. Here is how Chuck summed it up, “I guess the link is that the best runs are those where you come out at the other end having truly enjoyed yourself - whether that was because of how well you ran, what you saw, the person by your side, or by a renewed sense of what people can achieve when something matters to them.” Exactly! All of these runs remind us, in powerful ways, that we are alive.