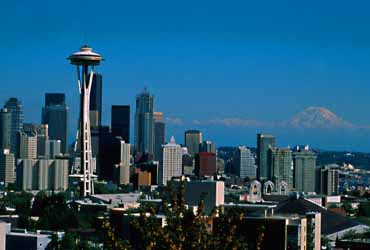 As with all of this summer, the last 2 weeks have been jam packed. The first thing I did after Yosemite was go for a run on one of my favorite sections of the Pacific Crest Trail and promptly sprained my ankle. Well, actually it wasn’t prompt. Unfortunately I didn’t do it until about 6 miles down the trail, which meant I had to “run” 6 miles back on a sprained ankle. Not so fun. This injury arrives uncomfortably close to an event that I have really been gearing for, the TRT 50M. The same thing happened last year about a month before AR50. Hmm…Stephanie’s doctor says it is no coincidence that injuries happen just before races because we have been training so hard or something like that. Some consolation. Although I can still run on it, I have had to cut back my mileage and I’m pretty disappointed about it. These were supposed to be my last two weeks of “big” training before tapering, and instead they were pretty mediocre. I also still have pain in my ankle and the bottom of my foot. I’m hoping that will disappear with the “extreme taper” I embarked upon starting yesterday. In case you don’t know, an extreme taper simply compacts the normal “step downs” of tapering into a shorter period of zero mileage. Okay, so I just made that up, but we’ll see how it goes. I will be doing mostly resting and yoga for the next 2 weeks. Aside from that triathlon next Sunday.

So, let’s talk about that triathlon. What was I thinking?? I haven’t done any swimming at all. Well, I did one 25 minute swim in Donner Lake last week, which was probably a bad idea because it put the fear of God into me. I think ignorance would have been bliss in this case, since I’m pretty sure 25 minutes of swimming did nothing to improve my chances of finishing well in the swim. As it is, I am hoping not to drown. The swim is 1.5K, which is .9 miles according to the website. There are two waves that start behind me, so if I’m lucky I won’t be dead last getting out of the water. The bike is 40K and the run a long 10K. Honestly, I’m not all that worried about either of those. I know I will at least survive them. But what made me think I could do a triathlon without training for the swim? Ultimately, I suppose it will be good for me. This event is going to require a change in my mindset. I need to decide what my real goal is, because finishing fast is not an option. Perhaps my goal is just getting out there and having fun? It will be my first international distance triathlon, so maybe my goal is just finishing. I guess, with TRT a week after, and a full race schedule planned after that, my biggest goal is to remain uninjured. Well, aside from the ankle thing. 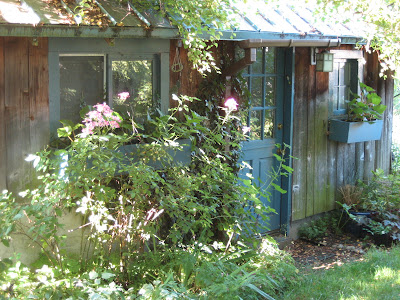 The milkhouse, at "The Farm" where I am staying in Seattle

Currently I am in Seattle for two weeks (one week left) for a writing conference. The Puget Sound Writer’s Project is for teachers who want to work on both their own writing and how they teach writing. I have to say, it’s been incredible! I can’t remember the last time I was in an environment that fostered so much learning in me, and inspired me. I’m actually excited for school to start in the fall! 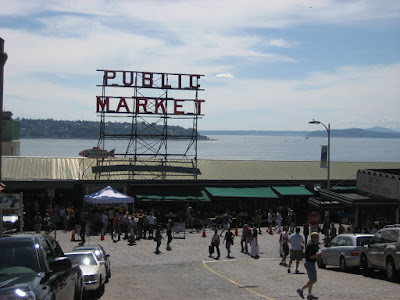 While in Seattle I have had some time to visit my friend Charlie. You may recall Charlie as my pacer last year at AR50. Charlie wasn’t available for any running or pacing duties this year, due to the birth of her baby girl Rian. However she and Rian did lend their experience to crew for Mike (Charlie’s husband) and me on an 18 mile run through the streets of Seattle on Saturday. It’s been a while since I had a partner for a long run, and it was wonderful. Although much of our route was on pavement, it was a beautiful tour through the city and various parks, and Mike’s company had our 9:00 minute pace feeling like a breeze. I also have to give my plug for Discovery Park in downtown Seattle. I have run in a few urban parks, like Golden Gate Park, Central Park, and even Hyde Park in London. Those are all great for running. They can’t hold a candle to Discovery though as far as placing a wilderness in the middle of an urban setting. When you’re in the canopy of those trees, running on soft beautiful trails, you have no idea that you’re not in the middle of some mountain wilderness. Then suddenly you pop out onto this beach on Puget Sound and you would swear you are closer to Alaska than Seattle. I loved it! 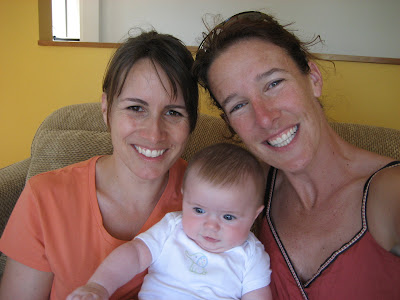 Charlie, Rian and me