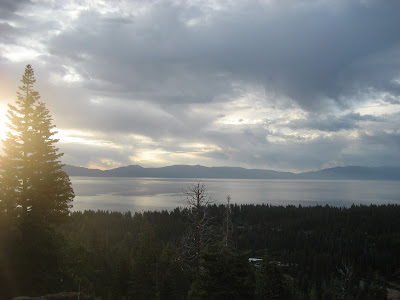 With the advent of school churning a bit of tumult in my life, my plans for this weekend oscillated between multiple ideas, including running the Lake of the Sky Trail Run in Tahoe City, heading to Yosemite for some trail running in combination with the Tioga Pass Run on Sunday, and a combination of the two. In the end, I opted to remain in Tahoe for the weekend and run LotS, followed by a heavenly eleven hours of sleep Saturday night, and I am so glad that I did!
Lake of the Sky follows the Tahoe Rim Trail from Tahoe City almost all the way to Brockway Summit. It used to be pretty close to 50K, but with the re-routing of the first three miles of the TRT from Tahoe City last year, the race is now officially 36.4 miles. Because of this, RD's Robert and Linda Matthis also offered several other distance options: a marathon and an 8 mile trail run.
I hadn't realized any of this until I finally took a good look at the race website on Friday night before the race. I was sleep deprived from all that back-to-school chaos, and feeling like I was on the verge of getting sick. I wasn't thrilled to learn about the extra mileage, and decided I would give myself the option of dropping down to the marathon if I felt crummy.
I arrived at the start and was greeted by several friendly and familiar faces, including Peter, Lainie, and Turi. I immediately felt like I had made the right choice by remaining in Tahoe for the weekend.
Turi had invited me to run on this day on a portion of the Lake Tahoe Marathon course, which we will both be running in two weeks. I, in turn, invited him to run LotS instead. I was glad to see him show up, but you know, now I'm worried maybe he will think I am a bad influence. I mean, a 26 mile trail run is great training for a road marathon that is two weeks away, right? Ahem. 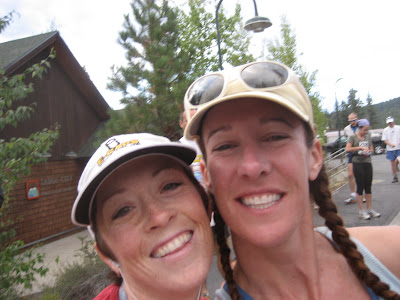 Lainie and I get ready to start.
I lined up near the front since I knew we would jump onto the single track almost immediately, and I didn't want to get stuck behind the walkers. The first three miles or so comprises the portion of the trail that was re-routed last year, and I had yet to run it since its completion. I had actually worked on the trail crew that put this trail in, so I was pretty excited when I got to run through the part of the trail that I had done. I'll tell you, a day of hard labor with pick axes and rock bars makes running 100 miles sound easy. Okay, well, it makes running 50 miles sound easy.
The climb was much more gradual, and much less rocky. I felt it was a definite improvement! (Can you tell I'm taking a little pride in my small contribution here?) 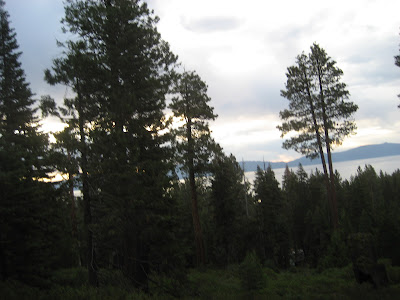 Views on the initial climb. 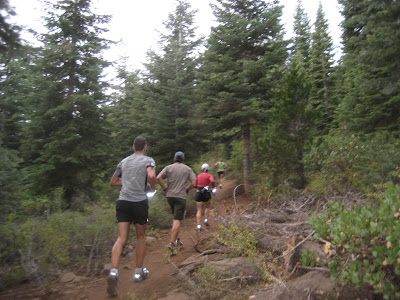 Lainie and Peter lead me up the hill. 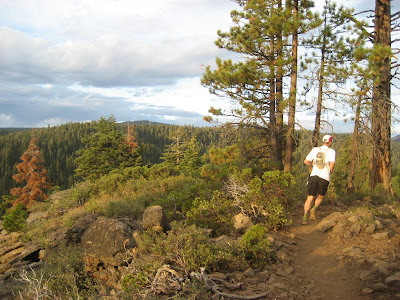 I followed Peter and Lainie up the hill, and enjoyed the running, views, and early morning light on the mountains. I realized I was focused a bit too much on keeping their pace, and when some perfect photo opportunities presented themselves, I paused to take advantage. With Peter and Lainie out of sight, my competitive instincts settled down a bit, and I was able to find a nice, sustainable pace. 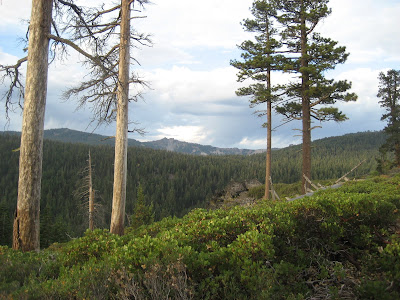 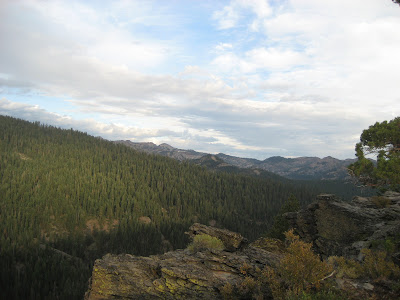 Unfortunately, this also meant I found myself running alone very early in the race. Nonetheless, I was feeling much better than I had expected. When the marathon turn-around came at Watson Lake, I felt like I had barely started running. Even though I could have easily won the marathon division since all the women ahead of me were running the 36 miler, I didn't really consider turning around. I just felt too good.
Shortly out of the Watson Lake aid station at mile 13, another runner finally caught up to me. To my surprise, he greeted me by name. It turned out to be the wonderful John Trent.
John had been on the course at Tunnel Creek last year during my 100 miler at TRT, and had sent me some kind and helpful emails during my ensuing post-race funk. I was super excited to finally get to meet him in person! We spent the next few miles catching up and talking about running, writing and blogging--some of my favorite topics of conversation. No wonder those were the best miles of my day! 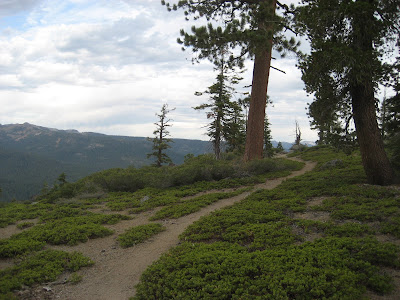 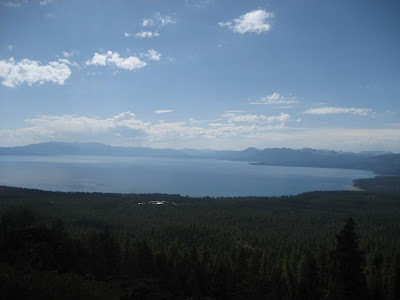 John let me go ahead shortly before the turn around at halfway. Lainie and another woman were heading towards me, in second and third places, and we all greeted each other enthusiastically. I was a little jealous that they had each other to run with and I was all alone. But somehow, the miles flew by anyway. 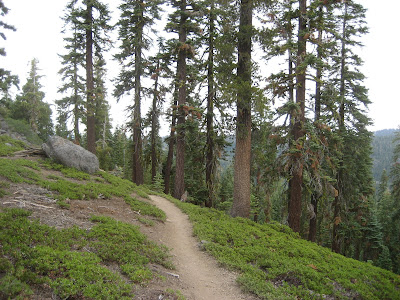 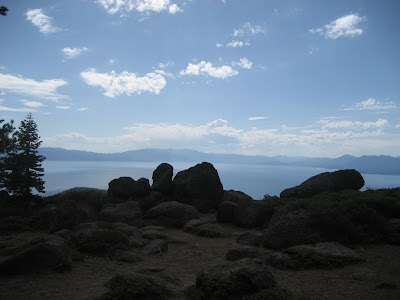 I ran solo on the entire return trip, although I kept looking back hoping to see John. There is a lot of down hill at the end, and my sore ankle was finally starting to realize it had run more than 30 miles today. I tried to back off the pace a little, but it was so much fun to go fast. The wind started to howl while the trees swayed in protest, and I looked up to see dark clouds churning magnificently though the sky. The air felt wicked, and soon stray raindrops were spurring me on. I leapt over rocks, flying down the final descent, stumbling here and there, but avoiding any real falls.
I crossed the line in 6:40 and was immediately greeted by Peter, who had won the marathon division. We stood around in the rain chatting and cheering on the rest of the finishers before I finally made my way inside to inhale some of Linda's delicious home made chili.
All in all, it was a beautiful day. I was pleased with how I felt, and once again reminded of how lucky I am to live in such an incredible place. Thanks so much to Robert, Linda, Norm, Helen, and all the friendly and dedicated volunteers!
Here's an interesting statistic, for those who look at the numbers. The last time I ran this race, 2007, I ran 7:42. The course was also 3.6 miles shorter that year. (Clearly I was not in the greatest shape.) I went on that year to run the Helen Klein 50M in 8:39, my current PR. So, if I can cut over an hour off my time on this course while adding over three miles of running, I'm thinking I can certainly cut 40 minutes off my time at Helen Klein. What do you think? 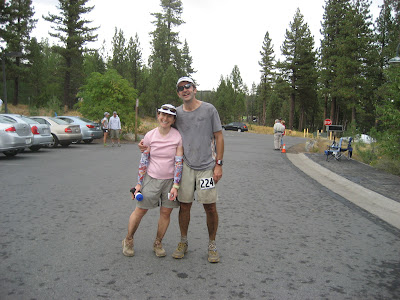