A Smattering of Multimedia

Based on many of my links and comments in this blog, most of you probably realize that I am a big fan of Scott Dunlap's blog, A Trail Runner's Blog. In fact, most of you are probably fans yourself. Mark recently remarked that "we can't get enough of this guy," and although my response on Mark's blog was a bit cheeky, he is ultimately correct. Scott's blog is popular for a reason! Today Endurance Planet posted a podcast interview (here) with the ultra blogger, providing some good insight into how Scott became a runner and blogger.


After some hints from Lisa about how to actually get the youtube video into my blog (I'm an idiot, I know!) I've posted this video about CMS Track 2007 just to practice my new skills. This probably won't be very interesting to you unless you are a current T&F athlete or an alumni of the Claremont Colleges. (I ran track for CMS from '92 to '95.) The video quality isn't amazing, but the editing is quite good, and I think the music works really well. My favorite part comes after the credits when you can merely glimpse some of the antics of Coach Goldhammer himself!

Finally, here's how I spent my spring break, which explains why I missed my long run that weekend. Oops. It was worth it though! 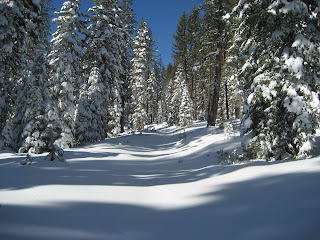