Every year between late March and the end of May, I join Jamie for Sunday long runs in the canyons of the Western States Trail. This year marks the fourth in a row, and it already has the feel of tradition. Familiarity.

If you've only ever experienced the canyons on race day, you're missing out on their best season. Absent the stifling heat of June, fresh from beneath winter snow and spring melt, the canyons come alive in April. Lush grasses, lupine, poppies, butterflies, singletrack, steep climbs, long descents, shade, sun.

The truth is, I'm supposed to be training for a road marathon - Eugene Marathon at the end of April. But really, who wants to pound out 20 fast miles on the roads when you could take all day to do 30 on the trails in the canyons? I can give up some speed on race day for a little spiritual balm from the trail.

I often find comfort in routine. The familiar can be soothing to the soul. While the Sierra high country will always be my favorite, this time of year in the canyons holds a special place in my heart. A long run stretches the mind as much as the legs, and emerging into the canyons from the snows of Tahoe is a welcome springtime awakening. 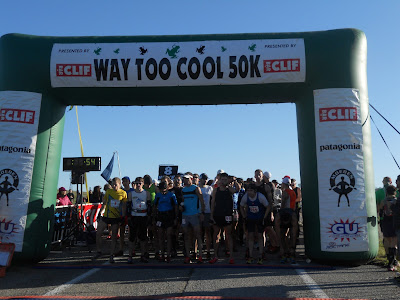 It has become something of a tradition for me to kick off the racing season at the beautiful, crowded, and fast Way Too Cook 50K. This year was much the same, except that I wasn't racing. I opted to forgo the start of last week's race, and instead spent my day cheering friends and pouring water at the Highway 49 Aid Station.

It was perhaps even more abundant with inspiration that my years spent there as a runner.

As usual, I greeted many friends in the morning chill. Without exception, everyone wore a smile of pre-race excitement.

After the start, I found a beautiful spot in the trail about a half mile before the first aid station. I planted myself there, took photos, and cheered for the runners. They still looked fresh and smiley.


By the time the last runner came through, it was time for me to head to the aid station at Highway 49 to help. This is the last aid station on the course, and I usually think of it as kind of unnecessary when I'm racing. With only 1.4 miles to go in the race, there never seems to be much reason to stop.

It was gratifying, however, to see that many people did not feel that same way. So many runners were grateful for the chance to pause, slam a coke, and grab a gel on their way through. As the day progressed and got warmer, more and more runners needed their bottles filled. Our aid station was open from 11:00 to 4:00, and I spent most of that time filling water bottles and hydration packs.

Not only did this give me a chance to greet every runner, but I got to see all my friends come through. The best part about working this aid station is that when you tell people they only have 1.4 miles left, they are incredibly happy. I received two different declarations of love from runners upon hearing this news.

Without a doubt, a day well spent. Next year I hope to be joining my friends on the starting line, but I am pretty stoked about just being part of the action at Cool this year. I love this race. 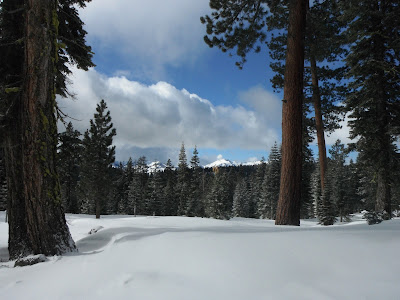 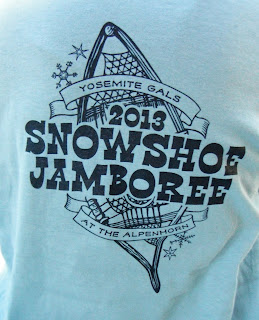