It's time for a quick Heifer round-up!

Thanks so much to everyone who commented to help raise money for Heifer International! It was fun to hear from so many new folks, and by the end of the day on the 24th, we had 35 comments.
Of course a few of you commented late, and while I'm all about teaching my students adherence to deadlines, I can let it slide for a good cause. (Although, Claire, I'm really only counting one of your comments. I'll do my best to help you complete your goal, though!) Also, Rae earned a response comment from me for referencing Fox Mulder, but I didn't see her comment in time to meet the deadline, so there's one more comment we would have had. (For future reference, all mentions of sexy nerds, especially 90's-era sexy nerds, get extra points.)
So, with approximately 38 comments, I decided we could donate two flocks of chicks at $20 a flock. 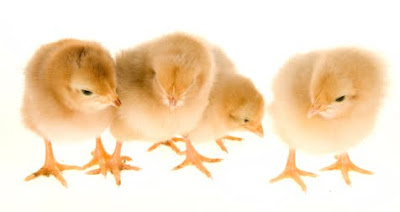 Since I have been begging my husband for years now to build me a chicken coop, I have a special affinity for chickens. He finally said yes to them, but the distance between agreement and any action happening is often rather far around our house. That's okay, since chickens are probably quite messy and smelly, and difficult to keep safe from the dogs, bears, and coyotes that frequent our yard, and I'm aware that I'm probably more in love with the idea of chickens than the reality of chickens. This way, I get to buy chickens for someone else! 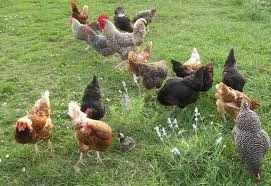 I'd call it a fun and successful, venture. Nathan raised $500 on his blog, and with another 17 bloggers participating besides ours, he estimates the total raised to be about $1500. Thank you, Nathan!